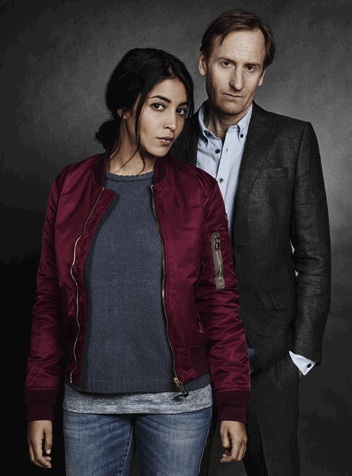 Kahina Zadi, 32, a French police officer travels to Kiruna in Sweden to investigate the bestial murder of a French citizen. Together with Anders, a Swedish prosecutor of Sami origin, she begins an investigation. Soon new killings start to happen and the first victim turns out to be the tip of a very dark iceberg. The victims seemingly have nothing in common more than that they are all being killed in a well-planned and vicious manner.

In their hunt for the truth, both Kahina and Anders are forced to deal with their own past that they have repressed. A personal journey through a painful past becomes the key to succeed in preventing the violent killings that affects the small mining community of Kiruna.

A 8×52 mins crime drama — a first-ever French-Swedish coproduction for a drama series — shot on location in Sweden’s Arctic region.