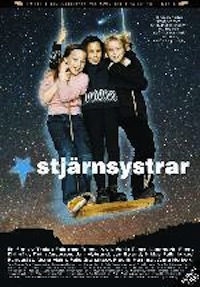 About how there is one person in the whole world who will see you for exactly who you are, not your belongings or status, but only you, and that you may never meet them, but they’re there. That is what a ”star sister” is. And this film is about 3 star sisters, Johanna, Johanna and yes, Johanna. All of them come from totally different families in Sweden, one has an overbearing mother who wants her to be a singer and wont take no for an answer, one has a mother who doesn’t care if she wants to sing at all, and the other has just experienced a death of a very caring relative, who seemed to understand her most of all. they are all forlorn and sad for their own reasons and have their own issues. They meet each other towards the end of the film, at a winter show. However, the film is full of acts of kindness and feel good tings, as well as dramatic family relationships.